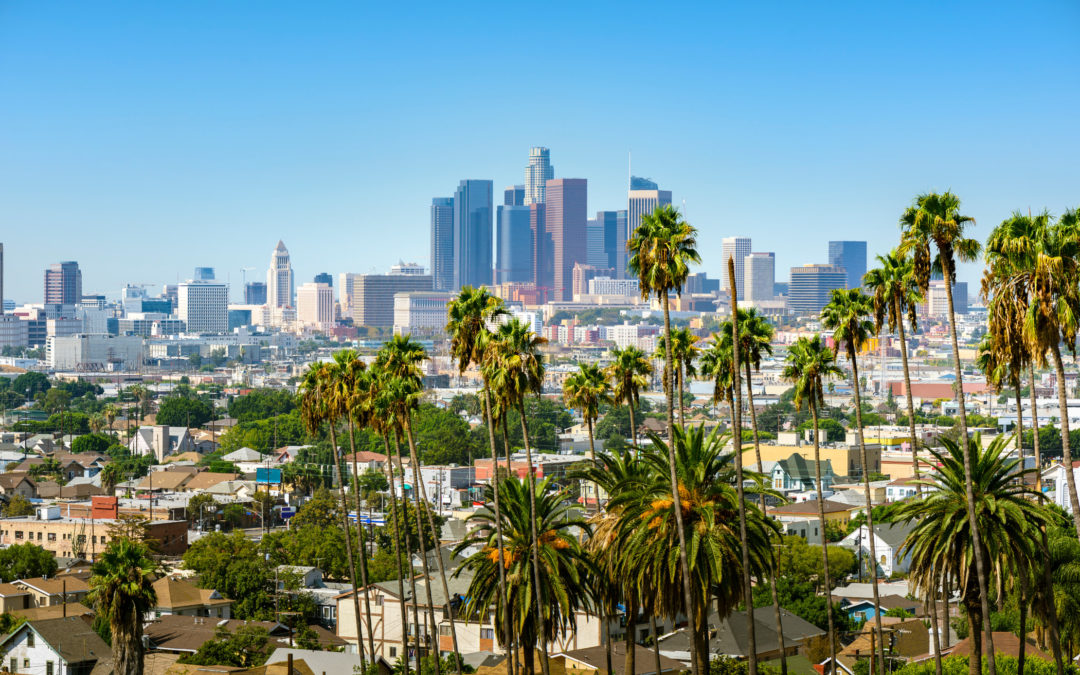 One of the nation’s largest office developers just bought a 50% stake in project that would add another media campus to greater Los Angeles, where major entertainment studios and rapidly expanding online content producers have already gobbled up almost all existing studio space in the region.

Boston Properties Inc. announced that it acquired ownership of half of the planned Beach Cities Media Campus, a 6.4-acre site that sits at the intersection of Rosecrans Avenue and South Nash Street in the South Bay city of El Segundo.

Proposed plans for the Beach Cities Media Campus, which is currently vacant, call for a five-story, 240,000-square-foot office building and a 66,000-square-foot studio and production facility, according to El Segundo’s website.

The deal comes as media campus space becomes one of the hottest real estate commodities in the nation’s entertainment capital, where legacy studios including Walt Disney Co. and Warner Bros. and online streaming firms Netflix and Amazon are all spending billions of dollars on original content in a race to capture the largest audience. Production space has been nearly fully occupied for years in Los Angeles and studios are turning to vacant warehouses and other types of real estate to satisfy demand. While the coronavirus pandemic has brought much of Hollywood to a standstill, demand for production space is only expected to grow when filming begins in earnest again and producers seek to make up for lost time.

Among the blockbuster real estate sales that have driven media campus prices sky high, private developer Hackman Capital purchased of the 22-acre studio property known as MBS Media Campus at 1600 Rosecrans Ave. in the nearby South Bay city Manhattan Beach last year for $650 million. The deal includes MBS Group, the collection of companies that manage sound stages and provide equipment and services to productions around the world, the sources said. It was Hackman Capital’s third acquisition of a Los Angeles studio property since 2014.

Real estate investment trust Hudson Pacific Properties is in negotiations with private equity giant Blackstone to strike a deal for a stake in its film and production studio properties in Hollywood for roughly $1.65 billion.

Demand for space has been spilling into the South Bay from Los Angeles’ Westside, just a few miles north on the other side of Los Angeles International Airport and includes the cities of Santa Monica and Culver City, where Amazon, Apple and HBO have significant entertainment offices. Hackman has plans to convert 30 acres of a former Northrup Grumman aerospace plant in El Segundo, California, into a 550,000 square-foot creative office campus, where online streaming service Hulu has previously toured for space, according to a source familiar with the property.

The proposed Beach Cities Media Campus site sits adjacent to Continental Development’s Continental Park: a 3 million-square-foot commercial campus that sits on 86 acres at Rosecrans Avenue and South Douglas Street. It is home to several Fortune 500 companies, including an outpost of real estate brokerage JLL, the aerospace company Northrop Grumman and the headquarters of the iconic toy maker Mattel, according to CoStar research.

A construction timeline for the media campus project has not been disclosed.

In a statement, the city of El Segundo said the media campus should serve as a complement to other redevelopments alongside the Pacific Coast Highway.

Boston Properties’ “commitment in Beach Cities Media Campus is a testament to the growth of the city as a premier business hub for cutting-edge technology, bioscience, creative media, sports, aerospace and many other sectors, and we plan to continue on that trajectory in 2021,” reads a city statement sent to CoStar News.

This deal represents Boston Properties’ third investment in the Los Angeles metropolitan area since the company entered the market in 2016, according to the statement.

In 2016, Boston Properties bought a stake in Colorado Center, a six-building campus totaling 1.1 million square feet at 2450 Broadway in Santa Monica, from The Blackstone Group for $57.4 million, according to Costar research.

And in 2018, when Boston Properties bought the Santa Monica Business Park, a 1.3 million-square-foot business park on 47 acres at 2850 Ocean Park Blvd. in Santa Monica, for blockbuster price of $627.5 million, according to CoStar research.